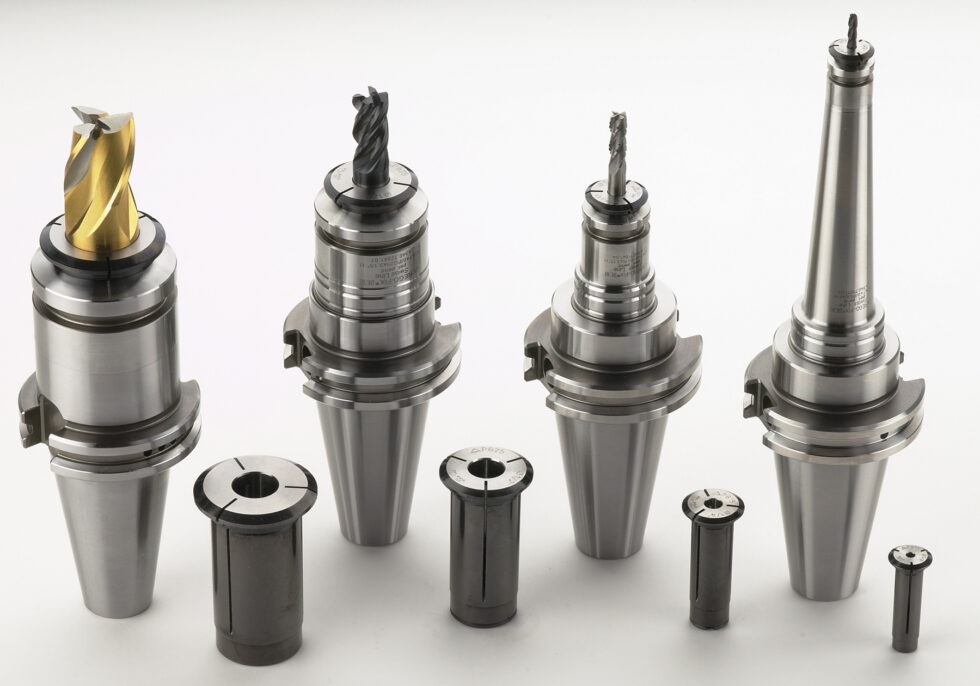 When you think about typical applications for powRgrip® high precision toolholding, the scenarios that come to mind probably center around how to cut exotic materials or meet tough specifications for demanding parts. Even though those are some of powRgrip’s unquestionable strengths, its versatility gives it many more opportunities to transform manufacturing with accuracy and tool security.

Friction stir welding produces joints with greater strength than other welding techniques and avoids many of the downsides of the heat applied during traditional welding. It uses a pin that stirs metals together to join them. An aerospace manufacturer implemented powRgrip in a friction stir welding application – but not entirely in powRgrip’s typical role as a high-precision, high-torque toolholding device.

The coolest customer in the shop

One of powRgrip’s many strengths is its imperviousness to temperature changes and extremes of heat or cold. Today’s machining breakthroughs include manufacturing processes that swap out traditional coolants for supercritical CO2, and the sole similarity between this fusion coolant and its conventional equivalent is that it’s a liquid, albeit a compressed one.

In machining, supercritical CO2 remains at 90° F until it reaches the collet, and then it emerges in subzero form. Other toolholding systems don’t tolerate fusion coolant well because its ultra-cold temperatures interfere with hydraulic oil or heat-shrink clamping, but not powRgrip. In fact, it’s possible to implement supercritical CO2 and powRgrip without much alteration of the coolant system on the machine tool itself, other than changing some rotary unions and adding an evacuation valve.

How to boost tool life while machining cast iron

Despite its enduring role as a machining metal, cast iron carries a well-deserved reputation as a potentially dirty material that’s difficult to cut with precision because of its abrasiveness and the micro-interruptions in its porous molecular structure. For the same reasons, cast iron can cause uneven, premature tool wear. Not only does powRgrip increase tool life and maintain low runout in cast iron, but it also straightens out drilling performance.

A South American truck manufacturer implemented powRgrip on a drilling line for heavy-duty trucks. Where hydraulic toolholding lacked the rigidity to prevent drills from wandering off true, powRgrip not only stabilized the process, produced a ten-fold increase in tool life, dramatically reduced TIR – and also enabled the manufacturer to transition directly from drilling to tapping, completely eliminating a honing operation. The overall savings more than paid for high precision toolholding.

The end of the double-ended drill

Short tool life with 3/8″ drills in medical stainless steel prompted a manufacturer to implement double-ended tooling. At only a total of 300 holes for both ends of each tool, however, the results added up to minimal productivity and seemingly endless tool change outs. With powRgrip on board, the same operation yielded more than 1,000 holes per drill – with single-ended tooling. Not only did this manufacturer see abundant savings on its tooling costs, but its efficiency soared because it eliminated much of its tool-change downtime.

Shop after shop that implements powRgrip toolholding sees immediate increases in tool life because of the system’s precision and rigidity. As positive and important as that improvement can be, it’s not the biggest productivity benefit that powRgrip can offer because tooling costs don’t make up the majority of production expense. Instead of maintaining speeds and feeds over longer tool life, now shops can make more parts with the same number of tools – and that’s a profitability builder that really makes a difference.

How can powRgrip improve machining results for your production line? As these real-world examples show, the benefits go far beyond the obvious advantages of a high-precision system.

by David McHenry, Engineering and Technical Manager, REGO-FIX US

Do You Know Where Your Tools Are?

Get a Grip on Heat and Chatter

← Previous: The Real Value of an Ounce of Prevention Next: Optimizing Machining System Accuracy →